Krafton is rolling out a separate version of PUBG for India with a new avatar and a new name: Battleground Mobile India. 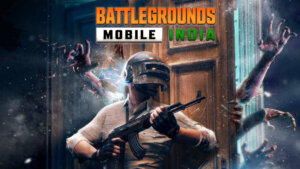 After India banned PUBG mobile last year, the developer of the game, Krafton, decide to launch an Indian version of PUBG to be called BATTLEGROUND MOBILE INDIA

However, Krafton’s hopes of making a comeback may get crushed, as some of the politicians in India have started calling for a ban on the game. On 22nd May Saturday, former Union Minister and current Arunachal Pradesh MLA Ninong Ering have written a letter to Prime Minister Narender Modi, demanding a ban on Battleground Mobile India, he clearly says that the upcoming game is “the relaunch of PUBG Mobile”.

If Prime Minister Modi or any of the two ministers – the Ministry of Home Affairs (MHA) and Ministry of Electronics and IT – pay heed to the request of the politicians then Battlegrounds India could find itself fishing in troubled waters.

Krafton is yet to confirm the launch date of Battlegrounds Mobile India but the company recently opened pre-registration for the game through the Google Play store. The registration link opened on May 18, and many in the country are hoping that the company may launch the game in June 2021.

|Also Read – Everything You Should Know About Upcoming Battleground Mobile India (Leaks!!)